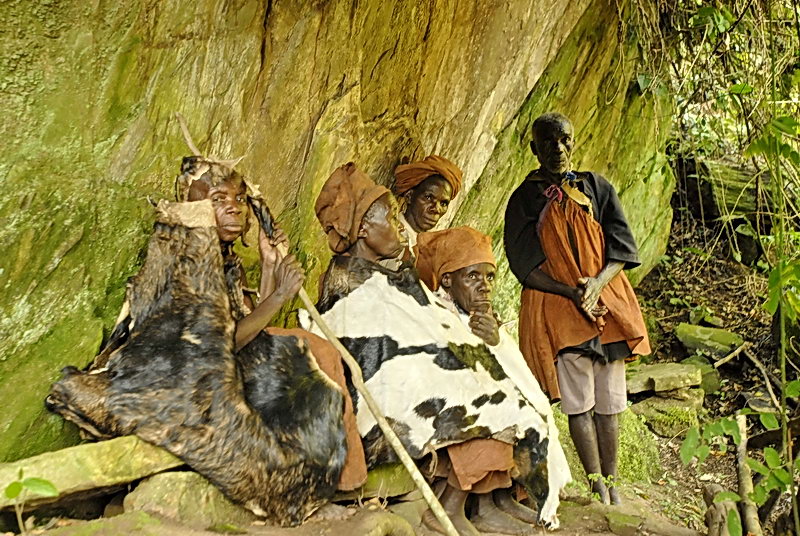 With ancient sounds, traditional handcraft, and long-standing culture, outside their old way of life, the Batwa are one of Uganda’s oldest tribes.

An afternoon or a morning traded for an authentic local cultural encounter with the Batwa does not only support their community but also is a meaningful layer to your safari and also a big part of the story of the mountain gorillas’ conservation. Uganda has a manifold of cultures with various tribes and all these have unique and indigenous characteristics and the Batwa is one of them.

Their past and who they are.

The Batwa are pygmies and were originally dwellers in the forest before they were evicted. The 2014 Uganda Housing and Population Census estimated about 6200 Batwa in the country, spread in the districts of western and southwestern Uganda- Bundibugyo, Kabale, Rubanda, Kisoro, Kanungu, and Rukungiri. Bwindi Impenetrable National park, Mgahinga gorilla national park, and Echuya forest were home to the population of the Batwa before eviction.

They (Twa) were for centuries depending on hunting and gathering, foraging on edible plants and tubers, and harvesting honey in the forests. Today the Batwa who survive on these are the ones at Echuya Forest Reserve and Semliki national park though to a smaller extent. Most live on the forest fringes.

The eviction of this group (one of Uganda’s oldest tribes) was due to conservation and ecological measures mostly about the mountain gorillas. The 1990 declaration of the Semliki forest as a national park led to the eviction of those that settled in the area including the Batwa.

In 2006 civil organizations warned about the extinction of the tribe because they had lost their ancestral home in 1991 when the Bwindi Impenetrable National park (Now a World Heritage Site) a sanctuary to mountain gorillas that were then critically endangered and now endangered due to the conservation efforts.

The eviction caused a drastic change in the lifestyle of the Batwa, of which we are not aware if it was the reason for the stability and rise in gorilla numbers because there were no confirmed cases of conflict between the Batwa and the gorillas before they were evicted. They now depend on organizations like the Mgahinga Bwindi Impenetrable Forest Conservation Trust, International donors, The United Organization for Batwa Development in Uganda, and tour companies that support them through community tourism, helping to enhance their inclusion in society.

The Batwa (hunter-gatherers) have lived for thousands of years. At Bwindi (Buhoma and the rest of the sectors) you can take an adventure through the Batwa settlement in a small forest that was allocated to them for their performances and you can observe how they used to live, engage with medicine men and learn about the medicinal plants from the lush forest fauna, listen and dance to ancient and traditional songs.

At Mgahinga Gorilla National Park, the Batwa are granted access to the forest for their practices, and medicine and also lead guests on a trail through some parts of the forest. The songs they sing are to be celebratory but they do not celebrate, they are to celebrate harvests, and rewards from hunting, but now they showcase this to visitors to earn and also do casual jobs in the community like helping in farming and other activities that pay them.

Read about the Batwa trail at Mgahinga Gorilla National Park.

The blow that came in 1991, has forced them (the Batwa) to change their lifestyle and they are now caught between their past which was sustainable, and an uncertain future. Though their children (some) go to school, they no longer have their culture, and their dream of going back to the forest might not be possible and is still in vain.

As a community, they are now learning about more they can offer, to make much more remarkable experiences for visitors.

Would you like to add this to your tour? Reach us here.