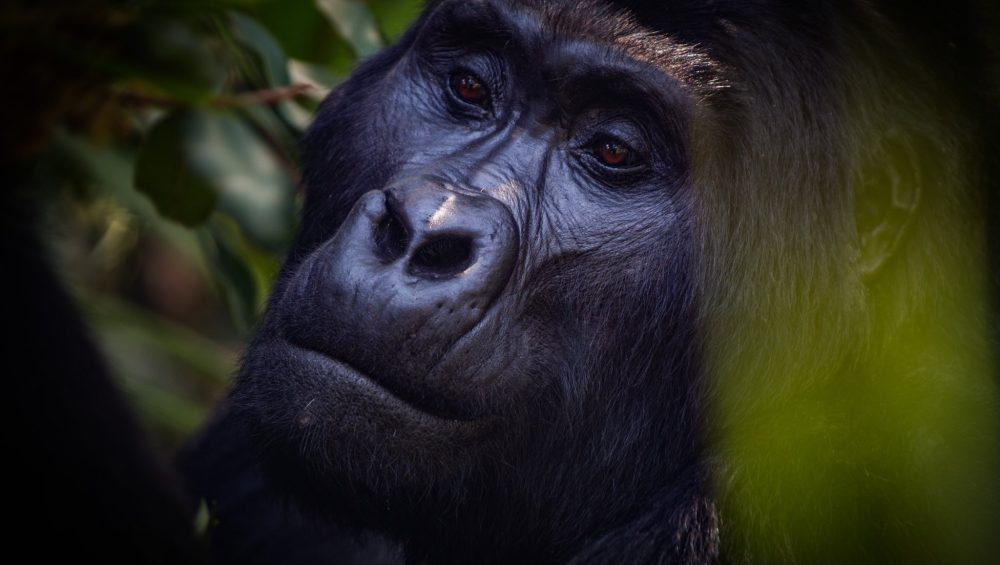 With an estimate of about 1.5 million tourists each year, Uganda may not be among the most visited countries in Africa, but the country has thrived over the years and has much to offer. It is one of the most diverse safari destinations in the East African region with some outstanding wildlife encounters, culture, and history.

It is split into vibrant and distinctive tourist circuits, the Western Circuit, Murchison Loop, and the Eastern circuit. These add to the commercial tourist hubs like Kampala city, Jinja, Entebbe, and Fort Portal. Every circuit, district, and destination has its recognizable neighborhood and attraction despite the attractions being unevenly distributed.

Uganda is nicknamed the “Pearl of Africa” and it offers a mishmash of impressive attractions and unique experiences from the awe-inspiring waterfalls, amazing wildlife, grand lakes, and vibrant culture.

Here is an exploration of the top must-do things in Uganda.

Uganda is home to several waterfalls (powerful and some on small rivers). The most famous ones are on the Nile River at Murchison Falls National park which is the country’s largest park and also the Sipi Falls on the foothills of Mt. Elgon. These are the most famous ones and the latter is the world’s most powerful waterfalls, forcing its self through a 7m gorge and plunging 45m. The Nile River explodes through this cleft on the Rift Valley escarpment, while the Sipi Falls are a series of 3 waterfalls on the Sipi River with the main on plunging 100m on the cliff. There are other small water falls like the Kisiizi Falls, Amabeere ga ‘Nyina Mwiru among others around the country.

Uganda is one of the world’s top primate destinations in East Africa. With over 20 Primate Species, Uganda’s rainforests host over 5000 of the 172,000 in the wild. Top chimpanzee tracking destinations being Kibale Forest, second to it is Budongo Forest en route to Murchison Falls National Park. Also the Kalinzu forest on the Kasese-Ishaka route and the Kyambura gorge at Queen Elizabeth National Park are great places to see chimpanzees in Uganda. On Lake Victoria is a home and sanctuary of chimpanzees that are recovered from traffickers, the one that have gone astray, and orphaned chimpanzees. So if you are a chimp-lover, these places can offer exquisite chimpanzee tracking and viewing experiences.

Topping most travellers bucket list is the time to see mountain gorillas. Mountain gorillas are endangered species of gorillas and subspecies of the Eastern Gorillas (Gorilla beringei). They survive in high altitudes from 2000m ASL and over 1100 of them survive in 3 locations in the world (Uganda, Rwanda and D.R. Congo). In Uganda 2 parks, Bwindi Impenetrable and Mgahinga Gorilla national parks host Mountain gorillas. Read more about gorilla tracking.

See the source of River Nile

You may know the Nile River is the longest in the world traveling 6650km from its source to the Mediterranean Sea. But do you know where the journey? The source of the River is in Jinja, an old town 84km East of Kampala. On the upper Nile there are several activities from white water rafting, kayaking, Bungee jumping, horse riding, tubing, river boarding, Quad Biking/ATV Adventures, among others.

A world class hiking destination and a UNESCO World heritage site standing at 5109m, which is Uganda’s highest place. The Rwenzori Mountains are ranges of 6 stretching to about 120km in width and the environment here is unusual and exotic. Trailing in quiet and remote ranges that are known to less. It is an incredible part of Uganda. Other hiking destinations in Uganda include Mgahinga Gorilla National park, Mt. Elgon, Kadam Mountains and Mt. Morungole.

An imaginary line crossing only 13 countries in the world. It is a landmark that you will cross twice in Uganda at marked points, however in all the districts it crosses, it is not marked. Best place is at Kayabwe in Mpigi district on the Kampala-Masaka highway and in Kasese as you approach Queen Elizabeth national park. Read more about the equator.

This is Uganda’s second largest and most biodiverse park. It is on the low-lying rift valley on the back drop of Rwenzori Mountains. The former Kazinga National Park was name Queen Elizabeth National Park in 1952 to commemorate the visit of the Queen to the park. The park has a pristine natural beauty and in its south is the Ishasha Sector which is home to a population of tree climbing lions. The northern part of the park is pocked with seismic crater lakes and the two famous ones are the Lakes Edward and George which are joined by the Kazinga Channel. Places not to miss here are a half day exploration of the Kasenyi Plains, a cruise on the 40km long Kazinga channel and the Kyambura Gorge walk.

Some 10km from Lake Victoria, on the rolling hills, Kampala is Uganda’s capital and an economic hub. The city is populous and chaotic with over 7m people who come to work and later at night over 3.5m people stay in the city. The city has history dating from the 1890’s when Captain Frederick Lugard arrived here. It has a lot to marvel at from the night life, city centre (craft markets, transport), the old Kampala Mosque (The largest in Eastern Africa), cathedrals and temples, Kabaka’s lake and the palace, Mengo Palace, the Kasubi Tombs (Burial grounds of some Buganda Kings), among others.

Lake Victoria and Its Islands

The lake is a chief reservoir for River Nile. The lake is the largest fresh water lake is Africa with a size of 26,828 sqkm that is shared amongst Uganda, Kenya, and Tanzania. Exceeding its size in the world is Lake Superior in North America. The Ugandan part has archipelago of over 80 Islands- Kalangala that can be reached from Entebbe or Kampala.

It is strikingly beautiful and has a lot to offer Read about it here.

The serpentine 29 island dotted lake is believed to be Africa’s second deepest lake after Lake Tanganyika in Tanzania. It is one of Uganda’s to treasures and surrounded by terraced hills that frame it. It is a great place to relax after gorilla tracking and engage in communities. You can also hop on a dg-out canoe and tour the islands on the lake, and for adventure seekers, there is zip lining, high ropes, and flat water tubing.

Uganda’s smallest savanna park between Kampala and Bwindi Forest is a gem usually bypassed by many travelers. This is because of its low count on the big 5. East of the park is a network of game tracks and other animal created trails that are good for biking, horseback rides, and walks in the park.

Explore the park in a unique way unlike the other parks.

Rhinos (both black and northern white) occurred naturally in Uganda before they poached to local extinction. But at the moment, 178km from Kampala, the Ziwa Rhino Sanctuary is home to over 33 southern white rhinos survive here after the initial reintroduction to the country in 2006.

These rhinos are tracked on foot and it is one of Uganda’s most exciting wildlife encounter to meet these vulnerable beasts. It has fixed departures, but early mornings and afternoons are the best time to go and also best for photography.

Game viewing takes the centre stage when it comes to most tours in Uganda. If you are a culture lover and interested in mingling with the locals, the heritage in Uganda is impressive. Uganda has a manifold of cultures with different beliefs, practices and languages.

Get into the performances and tribal dances, local’s performing. We don’t just send you to interact with locals but also make sure the communities also benefit from tourism happening in their in their surroundings without their fragile original culture being disrupted. Visit the Batwa, Karamajong, The Ik, among other cultures.

Tucked away in the further north east, Kidepo Valley National park is famous for its rarities. Let us drop it here too. A few make an effort to get to Kidepo, because of its remote location and limited time they may have but for those that make the effort the game watching experiences always reward.

The park has a gorgeous scenery ringed with hills and mountains, rock out crops in the open savannah, and valleys that are filled with amazing wildlife. Only park where you can sight cheetahs, in addition to lions that rest on the Kakine rock out crop, leopards, caracals, aardwolf, jackals, dik-dik, zebras, and the thousand-strong buffalo herds, and elephants.

This a corner of Uganda defiantly worth the effort.

Feeling inspired to do any of these? Check Out our Uganda Trips and let us explore the pearl with you.