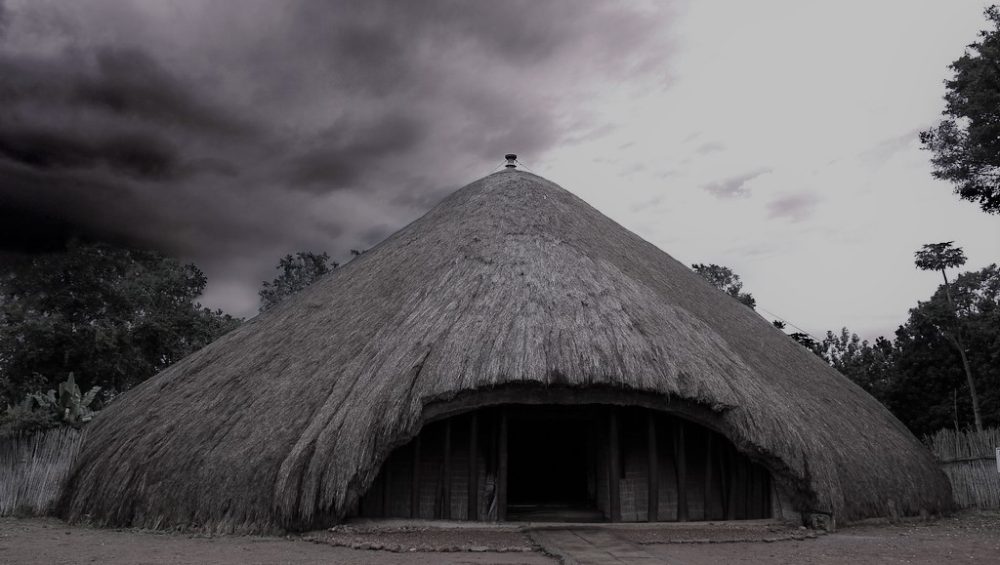 The Kasubi tombs on the Kasubi Hill in Kampala, are an exceptional structure representing African culture and architecture. The structure and traditional practices here, are associated with the site and depict a continuity of a tradition that has lived for several years. The main significance of the Kasubi Tombs lies in the intangible values of beliefs, spirituality, continuity, and identity of the Baganda people (Baganda is a Bantu group native to Buganda which is a subnational Kingdom in Uganda).

The Kasubi Tombs are a site of burial for 4 Ssekabakas (“Kabaka” is the King and “Ssekabaka” is a former King) and other members of Buganda’s Royal Family. Because of this, the site remains a very important political, traditional and spiritual site for the Baganda and can qualify as a religious center for the royal family because there are important rituals performed here by the Kabaka and his representatives. Many links to the spiritual world.

The site is managed and maintained by the Buganda Kingdom (The largest and strongest of the 4 ancient Kingdoms of Uganda. Kingdoms were abolished in 1966 by the then Prime minister of Uganda- Dr. Apollo Milton Obote and were reinstated by President Yoweri Kaguta Museveni in 1993. It is protected under the Uganda Law 1972, registered in the names of the Kabaka on behalf of the Kingdom. The Kasubi Tombs site is home to 31 royal tombs that have been built since the foundation of the Kingdom in the 13th century.

Traditionally, the body of the deceased king is buried in one place, but a separate shrine is made for his jawbone, which is believed to contain his soul. The site became a UNESCO World Heritage Site in December 2001 and was described as one of the most remarkable structures in entire sub-Saharan Africa because they are constructed using purely vegetal raw materials. They are an example of traditional architecture. The site sits on about 26 hectares, on Kasubi Hill about 5km northwest of the city center. Most part of the site has agricultural land with various food and cash crops like bananas, coffee, yams, and beans, all farmed in traditional ways.

On the hilltop is the most famous/main tomb building referred to as “Muzibu-Azaala-Mpanga”. It is a masterpiece that has been in existence since the 13th century and is 31m wide and 25m high. It is a thatched dome originally constructed from wooden poles, reed wattle, and daub. The thatching rests on 52 rings of palm fronds that represent the 52 clans of Buganda. It was constructed in 1882 by Kabaka Mutesa 1 who was the 35th King of Buganda after his father Kabaka Ssuuna II.  This which was formerly a palace was converted into a royal burial ground (Muzibu-Azaala-Mpanga) after the death of Kabaka Mutesa 1’s death in 1884.

The dome is the largest grass-thatched building on the continent, a great architectural achievement put up with vegetation materials. It has outstanding details, by the creative geniuses of Buganda and is a great masterpiece and craftsmanship. A low and wide arch leads into the sacred spaces within, separated by reed partitions, barkcloth decorations, and mementos of the former kings. The tombs are housed in a sacred area known as a forest (Kibira) and are concealed from public viewing. The Kibira is not accessed by everyone. The spirits are believed to dwell here and the widows of the Kings, the Katikkiro (prime minister of the Kingdom), and a selected few members of the royal family. Culturally, the King is not allowed to access it also. They are on a floor covered by lemon grass, palm leaf mats, and a barkcloth (Ficus natelensis) curtain separates them from the people.

There are 4 royal tombs that lie within the Muzibu-Azaala-Mpanga.

The descendants of these 4 kings are buried elsewhere on the site. The whole site is fenced with reeds and has a wooden gate that is kept by traditional guards at the entrance of the courtyard (olugya). This is next to the roundhouse where traditional drums are kept.

There are several other buildings that include those for deceased king’s wives who also tend to the family graves. Some are still in the traditional ways of construction, others were rebuilt with bricks and modern roofing.

Inside the Muzibu-Azaala-Mpanga are the photos of all Buganda Kings, a stuffed leopard skin. The leopard was a pet of Kabaka Mutesa 1, which was killed when it became uncontrollable after his death. Other Items include spears.

Each of the 52 clans of Buganda (well described and presented on the Royal Mile, between the Mengo Palace and the Buganda Parliament) has a role at the tomb for example the Ngo (Leopard clan) manufacture the barkcloth, thatching is for the Ngeye clan (Colobus Monkey), and these skills are passed to the younger generation who take on the task.

The site faced two fires in June 2020 and March 2010, but the inner sanctum of the Muzibu-Azaala-Mpanga has been always protected from total destruction. The site has been rebuilt and several risk prevention schemes set up.

Getting to Kasubi Tombs

The tombs are along the Kampala-Hoima Road on Kasubi Hill 5km from the city center. From Kampala to Makerere Hill, then to Nakulabye. Drive on the way to Hoima and turn to the Masiro Road that takes you to the entrance.