SEE KAMPALA IN ONE DAY 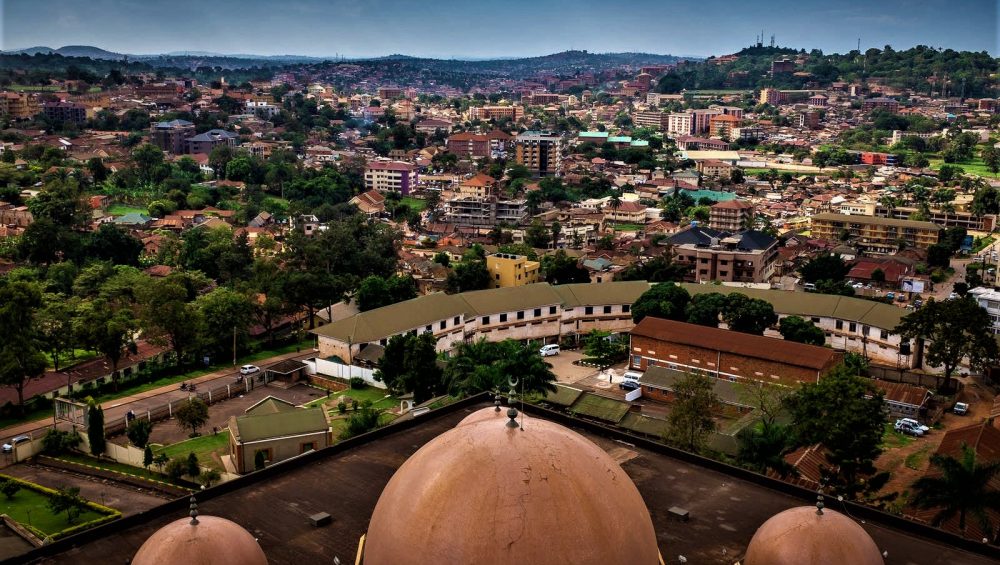 Do your logistics say you have a day in Kampala? The city is rated as the best to stay in while in East Africa and has a vibrant mix of old and new fabulous attractions and things to do. Of course, all can’t be covered in a day. You can see it all in a day, but that is why we write this guide on how to see Kampala in one day.

TOP ATTRACTIONS TO VISIT IF YOU HAVE A DAY IN KAMPALA

By the 19th century, Uganda had about 5 Kingdoms and Kampala was a city in the Buganda Kingdom. Uganda derives its name from the Kingdom’s name. Not much is left of the history but some are protected and open for viewing. The National Museum has much information about the country’s history and for any historian, it’s a great place to start.

Also don’t miss the mix of the recent past and current at the Mengo palace and the Buganda Kingdom Parliament. The palace is the official palace for the current King of Buganda and the former residence for Kabaka Mutesa II who was driven out by Idi Amin then commander of the Army under President Dr. Apollo Milton Obote. Inside the palace are torture chambers and a ruined armory where political prisoners were held.

Walk on the Royal Mile from the Parliament to the Palace as you learn about the 56 clans of Buganda and their totems. Also, the Nantawetwa Monument that only the King passes through.

Right below the mosque on the opposite hill, there is a Fortress which was a house for the First Governor of the Protectorate that arrived in the 1890’s-Fort Lugard Museum.

Kampala has various religious sites. Different religions wrote their history here and visitors can retrace these and pilgrim in their footsteps through the city. The fabulous way to get bearing of seeing Kampala is to start with The Uganda National Mosque (Gadhafi Mosque) at Old Kampala Hill, one of the city’s major 7 Hills. The mosque is an impressive domed building and one of the largest in East Africa. Climbing the 306-step minaret will reward you with a 360o view of Kampala city.

On the opposite hills, there are cathedrals for both the Anglican and the catholic churches. The over 100 year’s old red-brick Namirembe Cathedral at the west of the city center is a stunning attraction together with the Rubaga Cathedral. To add to these the Uganda Martyrs Shrine at Namugongo and the Munyonyo Martyrs shrines are great ways to trace the history of the church and religion in Uganda.

And also, worth your sight is the Bahai Temple which sits on the peaceful green parkland at Kikaaya hill overlooking the suburbs of Kyebando. This is Africa’s only Bahai Temple and provides an environment calm from the bustle of the city. The other temples here include the BAPS Shri Swaminarayan Mandir Temple, and Uganda Hindu Temple, among others.

After dark, Kampala comes to its own. So if you are exploring the city during the day, don’t exhaust yourself, keep some energy for the buzzing nightlife. The Acacia Avenue in Kololo has a strip of popular spots like Cayenne, H2O, Bubbles O’Leary’s, and Big Mikes, and outside the city center Kabalagala & Munyonyo several bars and restaurants have night themes. Also the weekly events and other city bars like Guvnor, La Paroni’s, The Alchemist, Nomads, Illusion, La ’Venti, and Cask Lounge, among others.

Traffic jam moves the city challenging, mostly for those that would love self-drive.  The white mini-buses are the most common means of moving from point to point. These and Boda Bodas (motorcycle taxis) are famous and quickest means. The Buses are few and the railway is not so available.

Motorcycles are an adventure as they ride at break-neck speed, zigzagging out of lanes and through the traffic. There are also special hire taxis, among other means. Cycling in the city is almost impossible and it’s a high risk as there are no or fewer provisions for cyclists.

As you explore Kampala, don’t forget the city markets, shopping centers, and craft centers. From the Nakasero Market which is the city’s oldest market and Owino Market which is the city’s biggest market. Take a chance to see the permanent craft markets- The African Craft Village near the National Theatre and the Exposure Africa Market on Buganda Road.

These sell a wide selection of crafts from leather, wood carving, and locally made items. The art scene in the city is vibrant and there are several art galleries with plenty of colorful paintings and textiles that you can take home as souvenirs.

Uganda is not about Landscapes and wildlife. Kampala is the energy and can give you an insight about the whole nation minus exploring the whole nation. When you are in Kampala, don’t miss Uganda’s beating heart.

In brief, when you are to see Kampala in one day, look out for these:-

Reach us for a day in Kampala City https://africanrocksafaris.com/request-for-a-quote/