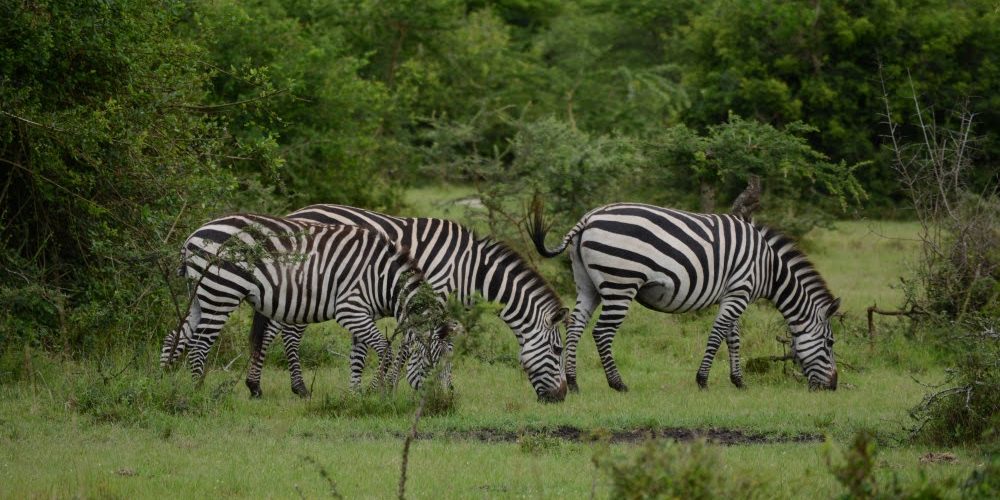 Lake Mburo National park is Uganda’s smallest park and it extends to over 371sqkm of the territory in southern Ankole in the western part of Uganda. Lake Mburo national park is a gem yet underrate. It is dominated by an eponymous lake, with forest-fringed shores enclosed by rolling green hills.

The park has always been bypassed by a majority of safaris despite its easy accessibility and being the nearest park to the capital-Kampala until recently. This is because of its low count on the “Africa’s big 5” mammals. It lacks elephants, and the lions are infrequent (there is only a male lion that is rarely sighted here). The park now offers a welcome break and overnight stop en route, Bwindi, Kampala, or Queen Elizabeth National park.

Despite the less count of the aforementioned heavyweights, there are very many different mammals, birds (for the interest of birders), and an opportunity to view wildlife not just in a vehicle but in more interesting ways that cannot be done in any other protected areas around the country like on foot game viewing, using horses, and on mountain bikes.

The Wildlife at the park

The park has several mammals, some of which are not easily seen elsewhere in the country’s parks. It used to support the only population of impalas in Uganda, until the recent translocation of some to Katonga Wildlife Game reserve and Ziwa Rhino Sanctuary, also, Lake Mburo National park and Kidepo Valley national park, are the two parks with the Burchell’s zebras. Other antelopes like the topis, duikers, bushbucks, reedbucks, Sitatunga, and the eland can be seen. The roan antelope is locally extinct here but can be seen at the Pian Upe game reserve in the northern part of Uganda. The leopard is not common but available, giraffes, warthogs, buffaloes, mongooses, and hippos plus over 340 bird species. There are diurnal primate species, the Vervet monkey and olive baboon and the greater Galago (nocturnal) has been recorded here.

To do at the park.

Do you wonder why we bring this on top? Visitors are permitted to walk anywhere in Lake Mburo National park but in the company of an armed ranger guide. Walks bring out the small details that are always missed while in vehicles and are a more engaging way of watching game. They bring you closer.

Together with Uganda Wildlife Authority, Mihingo Lodge introduced horseback safaris in the park. The first and the only in any Ugandan park. This is a more relaxed experience to get close to animals than in a car even to the shyest ones like the Eland. You can request a tailored riding experience between 30-60 minutes even more. Kids can ride on ponies. It costs between 40-80 dollars for each rider without entrance fees. Guest sleeping at Mihingo Lodge gets a discount.

There is a network of tracks across the park. Seasons influence game viewing because of vegetation changes. The research, zebra, impala, and Warukiri tracks in the north and eastern side of Rwonyo, host a concentration of wild animals. During the dry season, animals concentrate around the swamps and the dams that are dug in the park but any season is rewarding. Also, guests can do a night game drive, and this increases the chances of seeing the leopard.

On a daily, boat safaris on Lake Mburo leave the jetty from the Rwonyo camp area in the morning and afternoon. The cruises produce a good collection of sightings like hippos, crocodiles, waterbuck, and other aquatic birds like the African Finfoot, Kingfishers (Pied, Giant, and malachite), Fish eagle, egrets, and herons. A boat excursion lasts 2-3 hours.

Get off the beaten track and explore Lake Mburo national park on a 2-hour game viewing safari on a bike. Set your pace as a ranger leads you through a population of mixed grazers, zebras, impalas, topis, elands, etc. at a close distance. Riders can also ride outside the park- in the communities.

Outside the park, guests can visit the Bahima communities, a tribe famous for keeping the Ankole long-horned cattle and learn about their practices and hike to the Biharwe eclipse monument near Igongo Cultural center.

If you are visiting Uganda, you can include a night stop at the park during your transition to Bwindi or back and take on an activity or two at the park. Contact us for a safari to East Africa