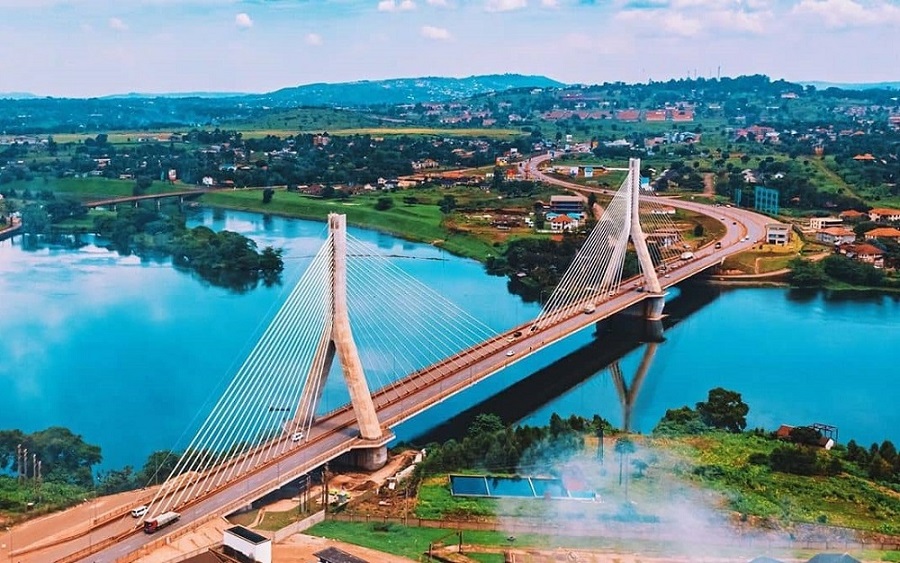 On the Northshore of Lake Victoria, 84km east of Kampala, is a historic town that has claimed fame for adventure on the Nile River-Jinja. It also hosts the source of the river where it commences its epic 6500km (3 months) to the Mediterranean Sea via Sudan and Egypt.

In 1862, explorer John Speke recognized the now Ripon Falls and the source of the Nile River to settle the puzzle of geography that would be traced back to ancient Egypt. Jinja is the second largest town (city) in Uganda and it occupies a lush peninsula flanked by Lake Victoria in the East and South. The era of Idi Amin, in the 1970s, saw the town collapse economically when he sent away Asians, from what was the industrial heart of Uganda and it has never fully recovered. The town holds attractive old buildings of Asian Architecture that line along its roads.

Tourism is the big business here and every year thousands of visitors make their way to get their fix of adrenaline, either of white-water rafting, kayaking, quad biking, horse riding, mountain biking, tubing, bungee jumping, all in a gorgeous natural setting. The Nile River in Jinja is a boundary between the two Kingdoms of Buganda and Busoga and Jinja is home to the Busoga Kingdom. It holds a palace.

Jinja is the main destination for culture, leisure, relaxing excursions, and adventure. Cultural rituals are performed at shrines at Bujjagali and Kalangala falls whereas other tourists raft, kayak, tube, the sequence of high-grade rapids, if they are not cruising to see the source of the River.

The town has great history concerning the early explorers from the British Royal Geographical Society, like John Speke. Most of the areas on the river have British Names like the Ripon falls that were named after Marquess of Ripon who was a former president of the society and also the Owen falls that were named after Major Roddy Owen who was part of the 1893 expedition to Uganda by Sir Gerald Portal.

While here, you can learn about the town’s history, visit the Jinja war cemetery, James Hannington Memorial site, or cruise 30km to Lolwe Island. Lolwe, is a remote island with giant granite rock outcrops that harbor, some of the most intriguing archeological sites in Uganda.

The Bujjagali area and the upper Nile are where the adventure takes place. 25 years ago, it was just peaceful camping and picnic area to just watch the falls until 1996 when the operations for commercial white-water rafting were started by Adrift- This was the kick start of adventure tourism in Jinja.

This makes rafting the most popular excursion on the upper Nile but the side hosts other activities.

When in Uganda, around Kampala, or having a free day before or after your safari, don’t miss this spectacular source of adventure.